Did you know both the origin of Santa Claus and Yoga have this one bizzare thing in common?

Not the usual variety you buy from the grocery store...

The kind you commonly see in fairy tales and Disney movies like Alice in Wonderland.

Did you know in Siberia, the native land of the Siberian Shamans, the magic toadstools are found in abundance and are a core part of shamanic rituals.

The shamans would use the Amanita to visit the spirit world and bring back knowledge and wisdom for their tribe.

These mushrooms grow underneath pine trees.

The shaman would dry them out and hang them up to dry on the tree, making them look a lot like Christmas trees with decorations…

The shamans even dress in red and white to represent the Amanita. Do they look like someone familiar?

Amanita are notoriously hard to dose as they can be very toxic to humans. However the shamans discovered a very unusual solution...

Reindeers who are native to Siberia, happen to absolutely love Amanita.. A siberian shaman would spot a Reindeer who is literally ‘flying’ after consuming a magic serving of Amanita.

Then they would wait till the Reindeer needs to pee. Then guess what… They drink it!

The reindeer naturally prepares the perfectly dosed Amanita trip for the Shaman.

Santa Claus would not be complete without his flying reindeer and a big bag of gifts. Nor would a Siberian shaman...

Siberian shamans then share the ‘gifts’ of their Amanita trips with the rest of the tribe.

So could the entire story of Santa Claus be based on mushroom tripping Siberian Shamans?

How about the origin of yoga?

The video below will tell you the whole story. 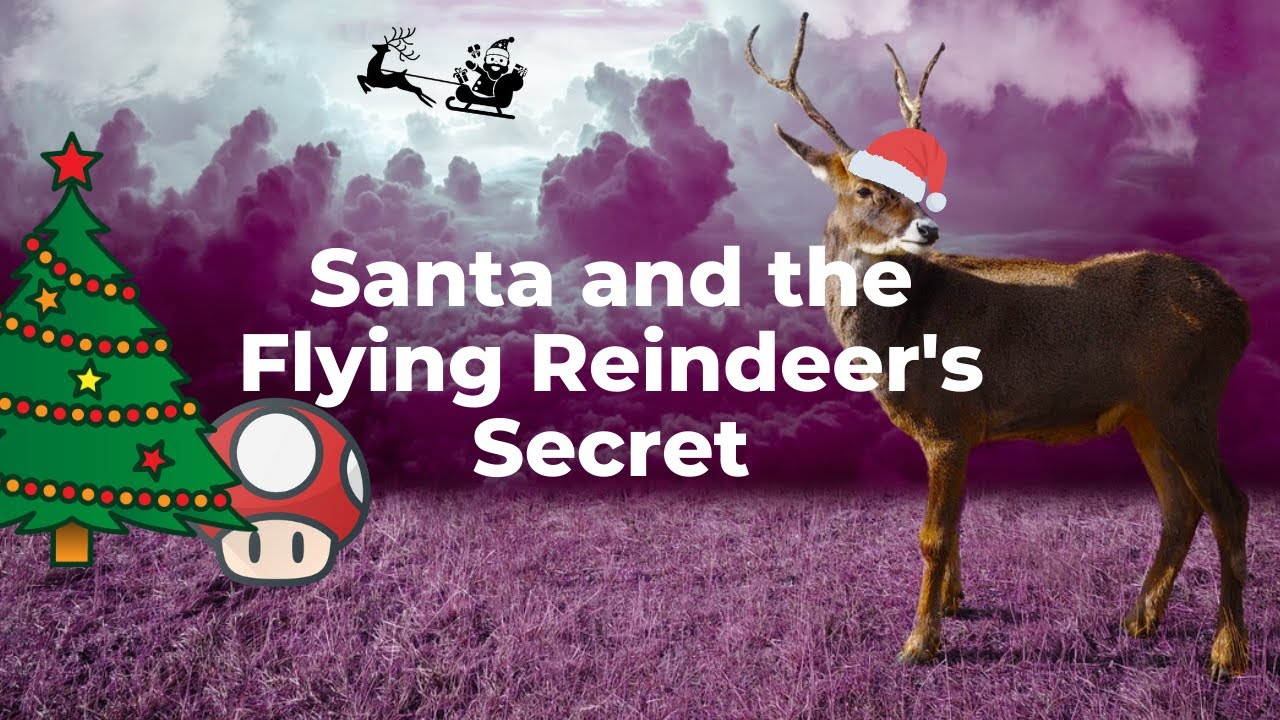 SOMA Breath is Music mixed with easy breathing techniques that can take you to heightened states of awareness and awaken your inner super powers using only the enormous potential of your own breath.

The practice is also good for your health. Actually to reap the real benefits such as developing a stronger, faster brain and living longer and healthier we recommend doing a little daily routine.

We call it the Daily Doses. Find them here.

And to really go all in with this and learn the actual recipe to successfully reprogram your brain to create the future you desire, join the 21 Day Awakening Journey.